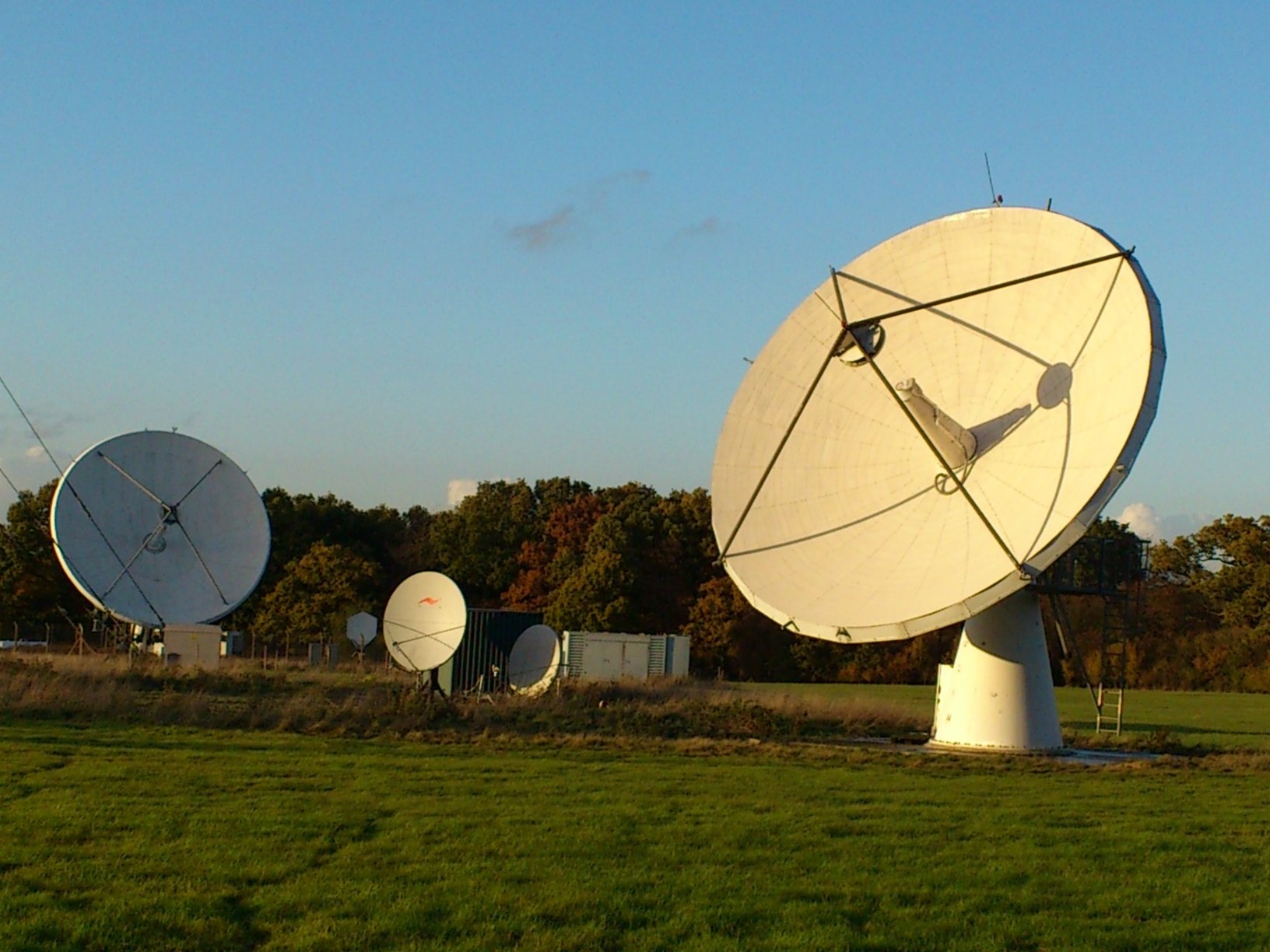 The Brookmans Park Radio Station, situated on the A1000 road between Potters Bar and Hatfield in Hertfordshire, played a crucial part in the history of broadcasting in Great Britain.

It was the first purpose-built twin transmitter station in the world capable of broadcasting two radio programmes simultaneously when it was completed in October 1929.

It also played a part in the early development of television broadcasting. Today Brookmans Park is home to Global Teleports (UK) Teleport.

Located in the north field is our primary antenna 9.5 metre Ku band dish ( as seen above) pointing to 22deg west for services in SES-4. We have planning permission for a further three large antennas within our demised area of the north field.

We also have 5 x transportable / vehicle mount antennas between 90cm and 1.2 metre ready for hire or deployment at a few hours notice.